Robertsville Volunteer Fire Company remembers and honors those who have paid the ultimate sacrifice for our freedom. 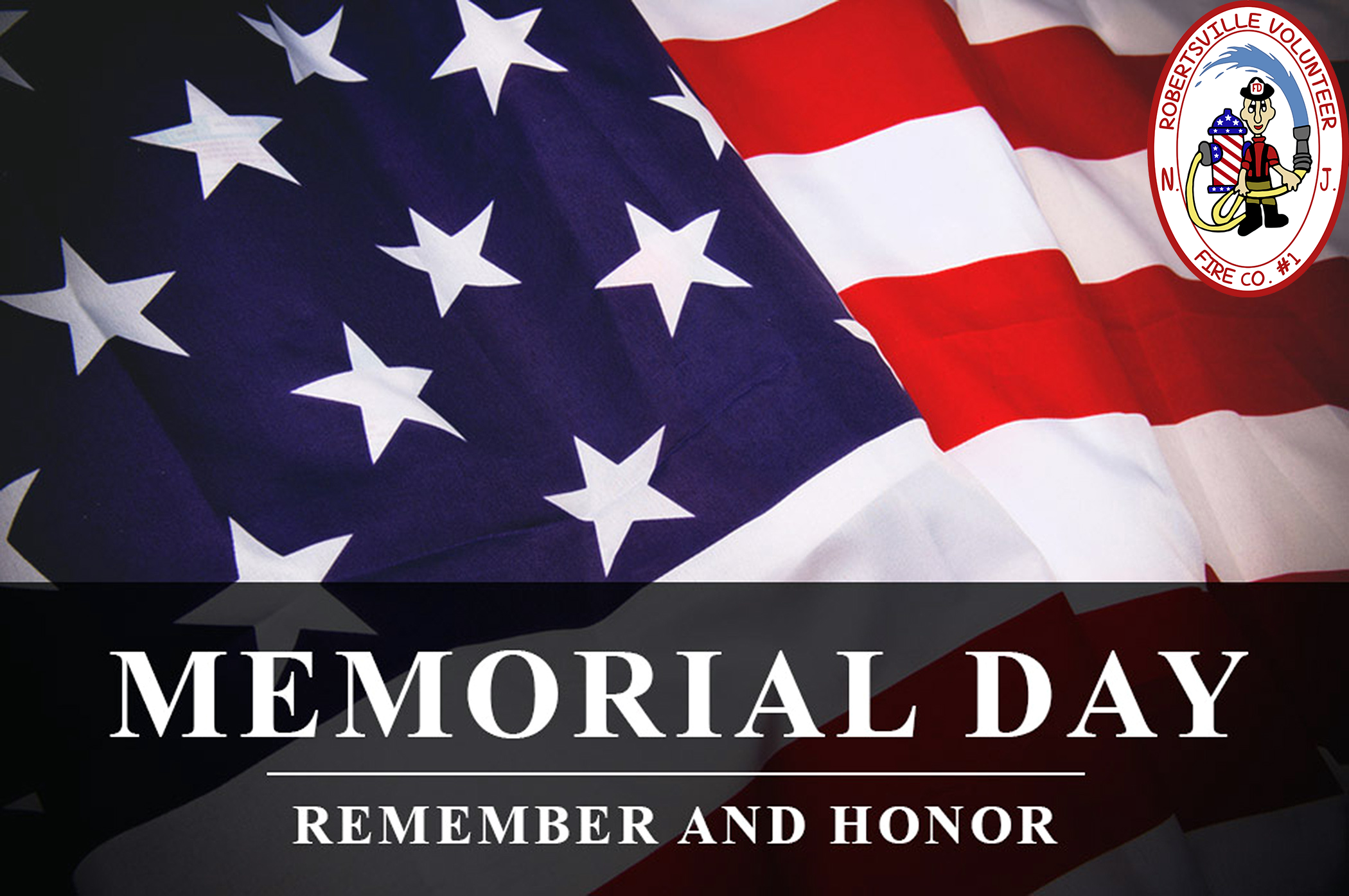 Memorial Day is a federal holiday in the United States to remember all those who have died in military service to the nation. But why do we set this day aside? It is for far more than cookouts and an excuse for a day off from work to kick off the summer.

The holiday originated in the South immediately after the end of the American Civil War. Southern women in Georgia and Mississippi, grieving for the loss of a huge portion of the male population, organized “Decoration Days” on which flowers were placed on the graves of dead soldiers. The custom quickly became popular and widely publicized. In 1868, the Grand Army of the Republic, an organization of Union veterans, established a day for the nation to decorate the graves of the Union war dead with flowers as well.

It quickly became customary for the graves of both Union and Confederate soldiers to be decorated and their service honored, no matter where they fell or for which side they fought. Northern women would include the graves of Confederate soldiers in the commemoration and Southern women would also decorate the graves of Union Soldiers. Even though the North and South initially celebrated this event on different dates, these acts of reverence for war dead became a symbol of what was slowly reuniting the broken nation: citizens of the North and South were united in their sorrow and in remembering those who died. Over 600,000 soldiers died in that war.

By the early part of the 20th century, the competing holidays merged and became a day to honor not just those who died in the Civil War, but for all military dead, with May 30 as the accepted date. It was chosen because it was not the anniversary date of any particular battle and because flowers would be in bloom all across the nation. On June 28, 1968 Congress passed the Uniform Monday Holiday Act, which moved four holidays, including Memorial Day, from their traditional dates to a specified Monday to create a convenient three-day weekend. The change moved Memorial Day from its traditional May 30 date to the last Monday in May.

Memorial Day should not be confused with Veterans Day. Memorial Day is a day of remembering the men and women of the armed forces who have died, while Veterans Day celebrates the service of all U.S. military veterans, living and dead.

There are numerous Memorial Day traditions observed around the country and overseas where U.S. troops are stationed. One of my most meaningful memories is participating, while assigned to the Pentagon, in a tradition called “Flags In.” Service members from all over the Military District of Washington gather at Arlington National Cemetery. Taking bundles of flags, we walk the cemetery and make sure every grave is decorated with the American Flag. Because of my duty in Casualty Affairs, Flags In is a personal reminder of the 1,116 fallen members of the military for whom I had officiated in ceremonies at Dover Air Force Base and of the many family members, whom I met personally.

Another tradition involves the raising of the flag on Memorial Day: the American flag is raised briskly to the top of the staff and then solemnly lowered to the half-staff position, where it remains only until noon. It is then raised to full-staff for the remainder of the day. The half-staff position remembers the more than one million men and women who gave their lives in service of their country. At noon, the flag is raised by the living, who resolve not to let their sacrifice be in vain, but to rise up in their stead and continue the fight for liberty and justice.

Memorial Day is also filled with family traditions, as well as parades and other commemorations in local communities. It is the unofficial beginning of the summer vacation season, which runs through Labor Day, a reminder of the many freedoms, celebrations, and traditions celebrated in our nation’s communities, only possible because of the sacrifices of our men and women in uniform.

This Memorial Day weekend, I remind you that military service is still inherently dangerous, no matter what one’s occupational specialty for the armed forces. Training, deployments, and the ongoing fight against radical Islamist terror are all replete with potential risks. Since 2001, 2,399 U.S. service members have died in Afghanistan, 4,486 in Iraq, and 159 in other operations. Thirteen of these casualties happened this year. We also continue to bury hundreds of veterans from World War II, that greatest generation, as well as thousands more who have served our nation honorably. Take time this weekend to remember their sacrifice and to pray for their families and loved ones