Sad day for our brothers and sisters in blue over the river. NYPD has lost one of it’s own in the line of duty.
From all our members and families we send our condolences.

An NYPD officer, a 43-year-old husband, and father of two was killed early Tuesday when he was struck by a passing vehicle while diverting traffic from a previous fatal crash on the Long Island Expressway in Queens, and an alleged drunk driver is in custody.

The officer is identified as Anastasios Tsakos, a 14-year veteran of the force assigned to Highway 3.

Officer Tsakos was struck by a 2013 Volkswagen in the eastbound lanes of the LIE near Francis Lewis Boulevard just before 2 a.m. Police said the driver, a 32-year-old woman from Hempstead who was intoxicated and had a suspended license, swerved to avoid other cars and hit Tsakos as he stood next to his marked vehicle.

She initially drove from the scene but was arrested a short time later. 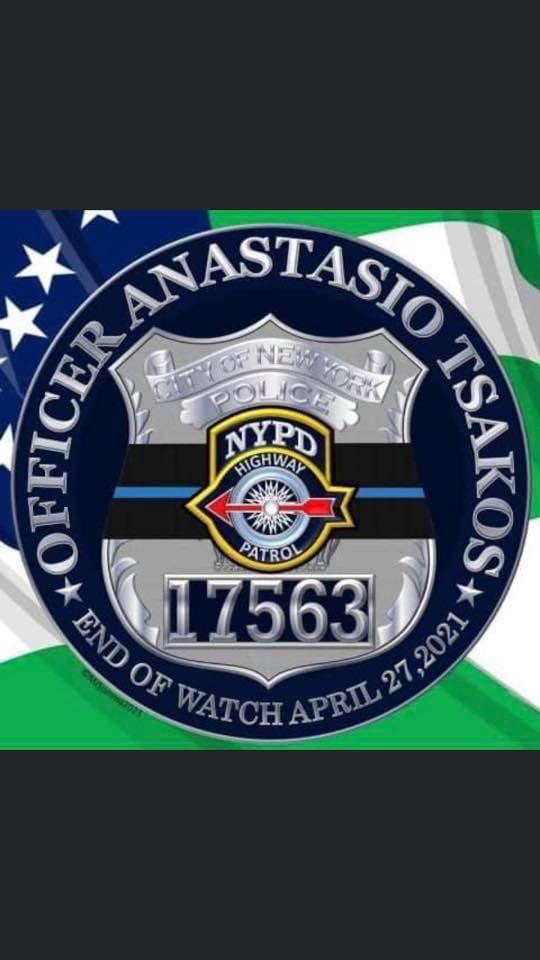